The Whales in Mozambique

Between September 5 and 25, 2018, an Israeli research team set out to investigate humpback whales ( Megaptera novaeangliae) In Bazaruto Archipelago Located in Mozambique, southwestern Indian Ocean. The delegation studied the acoustics callings of the whales in connection with their observed behavior and the whale distribution in the archipelago.

The study area was located west of the Archipelago chain – see a map of the survey routes. The whale population in the area follows an annual migration route that begins in the Antarctic Ocean and ends in the Bazaruto Archipelago. The whales arrive at the archipelago at the end of August for a period of three and a half months. The archipelago is the breeding ground of the whales, that is, a designated place where they mate, give birth and start nursing the offspring.

During the stay in the archipelago, the whales fast. The feeding areas of the whales are in the Southern Ocean, to which they return in the spring. 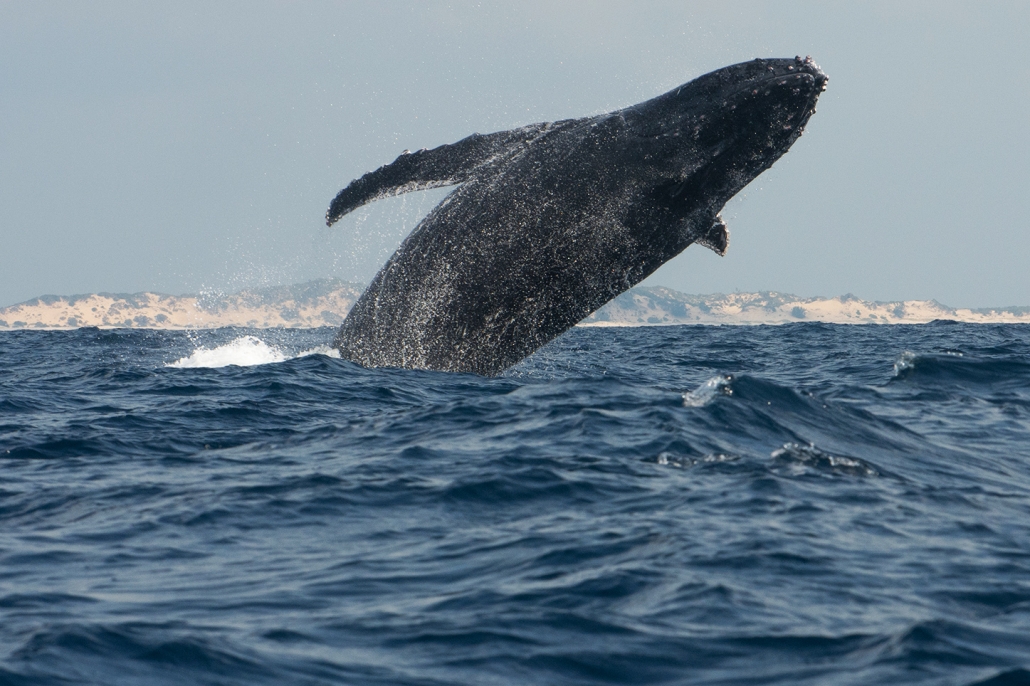 It was the first Israeli expedition to investigate this species of whale. The delegation departed from the Recanati Institute for Maritime Studies / School of Marine Sciences at the University of Haifa.

It was headed by Dr. Oz Goffman, research fellow, and director of the dolphins’ project, IMMRAC – Israel Marine Mammal Research & Assistance Center, with the scientific support of Dr. Dani H Kerem, research fellow and the president of IMMRAC, and Junio Fabrizio Borsani from Italy. In the thirteen days of research carried out on an outboard engine catamaran boat, the researchers embarked from and returned every day to a local research institute called BCSS – Bazaruto Center for Scientific Studies, covering a cumulative track of 160 nautical miles.

The study included visual documentation of the encountered animals in the area. At the same time, the research team recorded vocal calls and intonations of mother-calf pairs and sometimes of escort males who accompanied them. The mothers and calves stay mainly inshore, at a relatively shallow depth. They were documented by the researchers at depths of 8 to 80 meters, while male pods were located in deeper waters. The recordings were made using hydrophones – designated underwater microphones – with a preamplifier and recorder.

The research team recorded about 5 hours of signals from different pods, mainly in order to detect calls of social communications between mothers and calves, which were hardly studied. This, in contrast to the ‘singing’ of the males, which were and still are a subject of extensive and long-term studies by many researchers around the world.
For the synchronization of the recordings with the visual information, the study was documented by the Delphis application, a system for the collection of marine mammal survey data developed by IMMRAC. Visual documentation of the whales was made mostly by video shots above water, but also by underwater filming and still photos.
The main goal of the study is to link the observed behavior of the individual to its recorded communication, thus deciphering the significance of the different communication modes of the humpback whale. This can be likened to understanding the meaning of certain words in an unfamiliar language by observing the behavior that accompanies them. 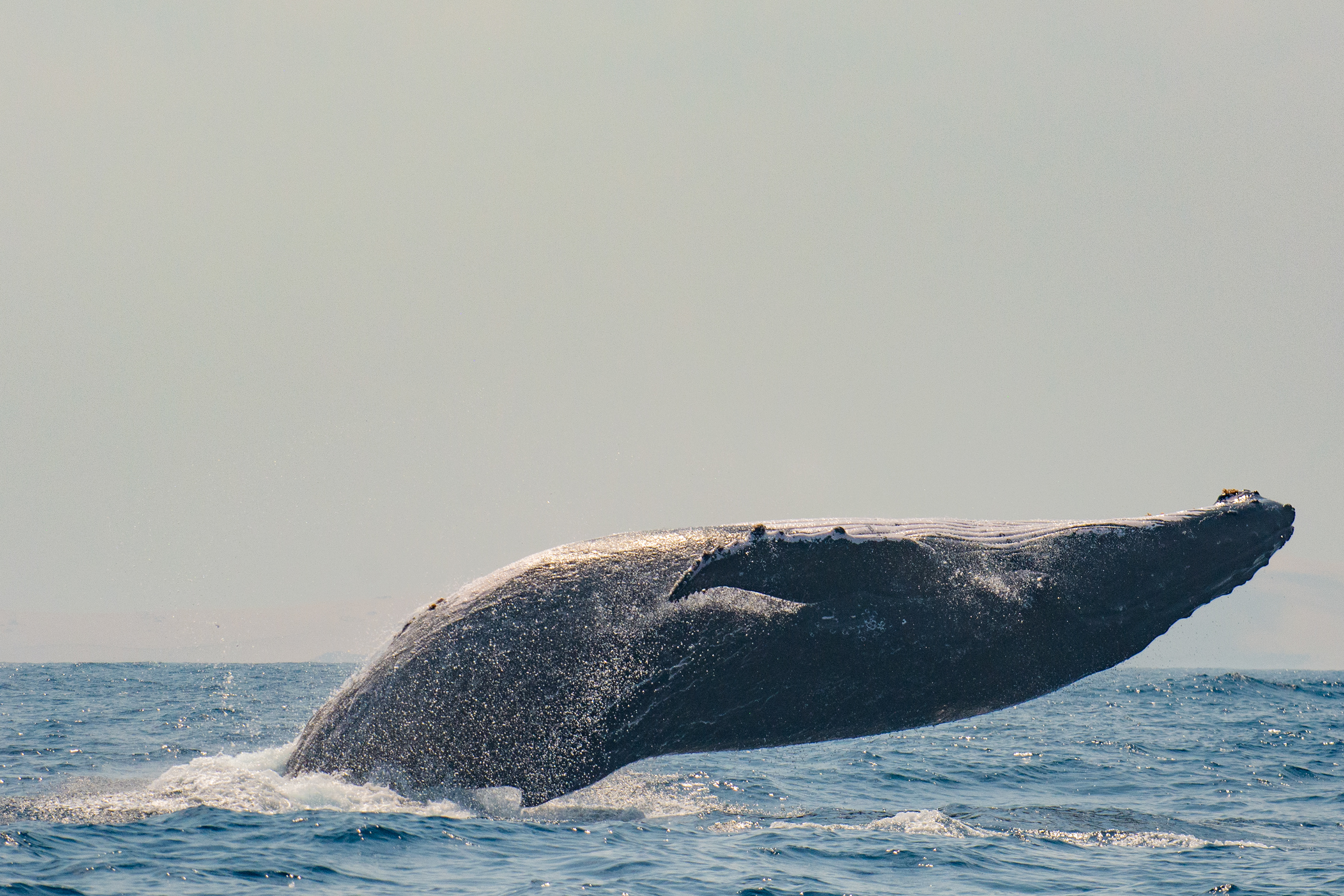 In addition to acoustic-behavioral research, the team documented, identified and photographed thousands of images in the area under investigation. Individuals in the population were identified by photo ID photographs of the pattern of pigmentation on the underside of the flukes and by the profile of their dorsal fin.
About 40 individuals were photo IDed, out of dozens of whales visiting the area each year. This part of the study contributes to the conservation of the local population. In the coming months, the researchers will work on the images, videos, and five hours acoustic recordings, in cooperation with parallel research groups around the world, to extract the desired product of social calls and their observed behavioral context.
In the long term, using the results of the research, research and engineering tools will be designed to improve whale recordings throughout the globe.
The study also documented three other marine mammal species:
Dugong dugon – an endangered herbivorous marine mammal , one of four living species of the order Sirenia
Spinner dolphin – Stenella longirostris
Indo-Pacific humpback dolphin – Sousa plumbea